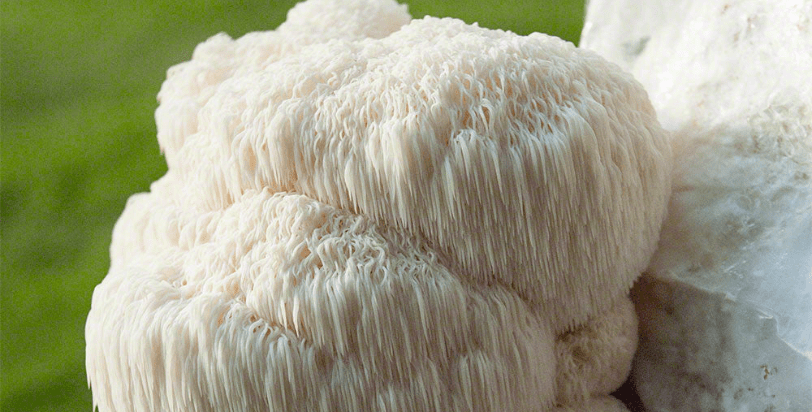 Of all the funky functional mushrooms out there, Lion’s Mane (Hericium erinaceus) has to be one of the most extraordinary – in every possible sense!

If the word ‘impressive’ had physical form, no doubt it would look like Lion’s Mane.  That’s because first off, it’s very impressive looking – like a shaggy lion’s mane, or perhaps an ‘old man’s beard’ which is another name by which it’s known.  The white, stringy-looking mushroom is native to Europe, America and Asia where it grows wild on dead or dying broadleaf hardwood trees such as oak, beech and Japanese walnut.

It is also notable for its expansive history of edible and therapeutic use spanning thousands of years – not to mention its curious collection of names!  For instance, in Japanese, it is known as ‘yamabushitake’ which means “mountain monk mushroom”.  It refers to the hermit Buddhist monks who traditionally brewed it as a tea to support concentration and mental energy for meditation (1).  Some other names by which it’s known include ‘hedgehog mushroom’, ‘Satyr’s beard’, and ‘monkey head mushroom’ from the Mandarin ‘Houtougu’.

In traditional Chinese and Japanese health systems, Lion’s Mane was considered essential nutrition for the five internal organs of liver, lung, spleen, heart and kidneys. It was used to promote good digestion, support strength and vigour, and as a remedy for ‘Qi’ deficiency characterised by mental and physical weakness (1).

But perhaps most importantly where it really distinguishes itself is through the breadth of health supporting actions attributed to it, particularly when it comes to the brain and nervous system. It is now being studied extensively with much promising research already coming to the fore to support its brain-sustaining prowess.

Known as the “smart mushroom”, Lion’s Mane is gaining popularity under the trendy ‘nootropic’ category of supplements. That is, those that support brain health, cognitive function especially mental clarity and focus, neurological aging and overall nervous system activity.

Like all the functional mushrooms, Lion’s Mane is no exception to being packed full of important bioactive compounds that exert physiological effects.  It is abundant with beta glucan polysaccharides that support immune health and overall wellness, as well as sterols that provide an antioxidant function to support digestive, particularly gastric, and metabolic health (1,2).

But from a brain perspective, the two most important group of compounds in Lion’s Mane are the hericenones and erinacines (3).  These have been shown in cell and animal studies to have the ability to cross the blood-brain barrier and support the production of Nerve Growth Factors (NGFs), as well as support the myelination of neurons (3). NGFs are proteins made by nerve cells to support the growth, development, plasticity and survival of neurons (4).  These findings have important implications for neuro-regeneration and the maintenance of brain health as we age.

In a human clinical trial of Japanese people aged 50-80 years old with mild cognitive impairment, Lion’s Mane was shown to demonstrably support cognitive health for the duration of supplementation (5).  In addition to cognition, Lion’s Mane may also support healthy mood as revealed by a clinical trial of menopausal aged women and its effect on low mood and apprehension (6).

So, if you can’t remember where you put your keys or you’re just wanting to keep those mental facilities switched on and razor sharp, then Lion’s Mane may be the functional fungi for you.  As with most things to do with our health, consistency is key – so make Lion’s Mane a daily superfood staple in your routine. 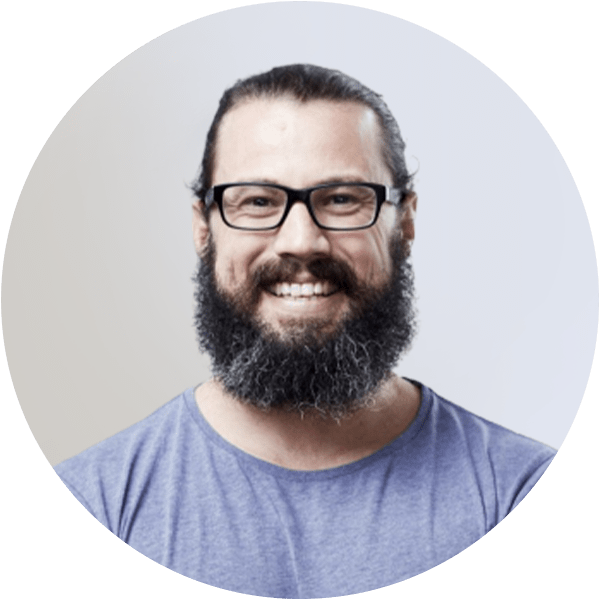 Cliff Harvey is a New Zealand-based author, nutritionist, researcher and speaker. He is also a qualified Naturopath, a strength and nutrition coach of 20 years, and an IAWA Weightlifting World Chamption (2004 & 2007). Over the years he has consulted all types of athletes, from champion fighters and cyclists to yacht teams and rugby unions.